Whenever a celebrity files bankruptcy, it’s news!  The latest such news is 50 Cent’s bankruptcy.  A question asked by many is, “Why?”

The reasoning has a lot to do with the idea that filing a bankruptcy is not a moral failing — it’s a legal strategy.  In 50 Cent’s case, he has filed a Chapter 11 Bankruptcy.  A Chapter 11 is notable in that it’s a “reorganization,” meaning that 50 Cent is NOT liquidating all of his assets and he’s not (necessarily) declaring that he has more assets than liabilities.  Instead, Rapper 50 Cent is requesting the court’s intervention and assistance in restructuring his debt to provide him with more time to pay back his creditors.

In fact, in his Chapter 11 filing, 50 Cent, whose legal name is Curtis James Jackson III, reported assets and debts between $10 million and $50 million.  He filed a “skeletal petition,” meaning that it is the core of the filing, without any of the details.  However, 50 Cent’s attorney, James Berman, has stated that

A quick review of the US Bankruptcy Court for the District of Connecticut’s docket for Curtis James Jackson, IIII’s bankruptcy petition shows that it was filed yesterday at 9:39 A.M. and has been assigned Case #15-21233. At this point, not much has happened, except that Lastonia Leviston filed a Motion for Relief from the Stay at 5:01 P.M. In this 8 page motion, Elizabeth J. Austin, Ms. Leviston’s attorney, requested that the Court permit a state case between Ms. Leviston and 50 Cent continue, asserting that the Chapter 11 was a “delay tactic.”  According to the Motion, 50 Cent was scheduled to appear in court during the punitive damages phase of a trial in which a jury has already determined that 50 Cent intentionally caused Ms. Leviston severe emotional distress (and already been ordered to pay her $5 million in legal fees).  Instead, he filed a Chapter 11 bankruptcy to “evade showing up at trial.”  The hearing on the Motion is likely to be heard on July 16, 2015. 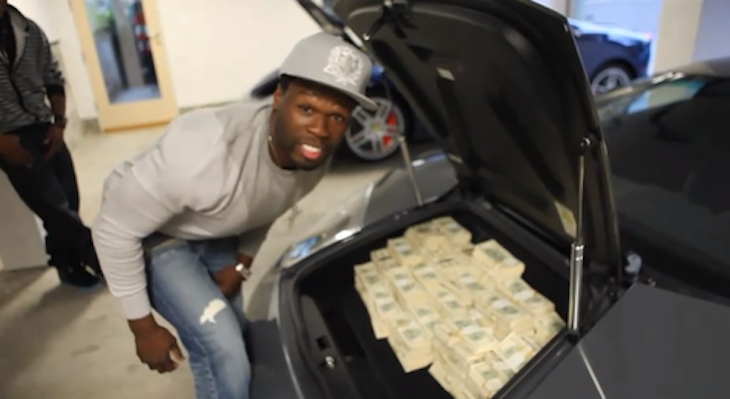 50 Cent DEFINITELY should disclose a trunk full of cash!

From far away, it appears that the bankruptcy may have been filed as a way to manage a separate, unrelated lawsuit.  What can the rest of us learn from Mr. Get Rich or Die Trying?

1) Bankruptcy can be a sound legal strategy.

2) Bankruptcy does not mean that all business stops.

4) Bankruptcy is not something to cause shame.

5) Bankruptcy can be a very smart move.